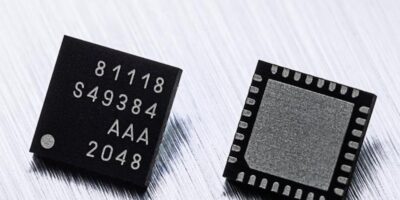 Claiming to enhance the design of creative and animated automotive lighting, Melexis has introduced the MLX81118 multi-channel LIN RGB LED controller with 24 LED driver outputs. It is capable of driving eight RGB channels and simplifies the design of interior and exterior lighting, says the company. It also features a dual input-voltage capability that significantly lowers LED power dissipation for LIN applications.

The multi-channel MLX81118 extends Melexis’ LIN RGB LED controller family and is designed for ambient lighting and animated lighting applications within a LIN ecosystem. It has 24 outputs, each capable of sourcing up to 60mA and can drive eight RGB channels. Independent PWM control, configurable up to 16-bit resolution, allows the controller to achieve any colour point and brightness level, says the company.

It complements Melexis’ MLX81115 and MLX81113 which are typically used for classical ambient lighting functions. The MLX81118 is suitable for various applications where multiple RGB LEDs need to be controlled via one LIN node within one or several modules, for example, in door trim parts or dashboard applications. The multi-channel support means that the MLX81118 is also suitable for light animations controlled via LIN.

In addition to reducing the bill of materials and simplifying the design of multi-channel interior and exterior lighting systems, the MLX81118 also lowers LED power dissipation, says Melexis, thanks to the dual input-voltage capability that optimises the driving voltage for the connected LEDs. This helps to simplify thermal management and enhance module reliability while also reducing power consumption.

The MLX81118 contains a complete LIN system, including transceiver and protocol handler for connecting LED modules to the vehicle’s existing LIN network. The LIN interface is compliant with LIN2.x and SAE J2602 standards as well as ISO 18987 and supports auto-addressing according to the bus-shunt method.

LED control is handled with Melexis’ MLX16 FX 16-bit RISC microcontroller and the on-chip memory subsystem that includes 2kbyte of RAM and 32kbyte of flash memory, LED calibration co-efficients as well as real EEPROM for additional customer data. The MLX81118 complies with ISO 26262 requirements, allowing use in functional-safety classified systems.

Manufactured using advanced silicon-on-insulator (SoI) technology, the MLX81118 features high-voltage I/Os and can operate from a supply voltage as low as 4.0V for consistent performance as the vehicle supply voltage fluctuates, such as during stop-start operation. Built-in protection features include 28V jump start and battery over-voltage and under-voltage detection.

There is also a toolchain including evaluation board, in-circuit-emulator and C-compiler package to help accelerate application development. Essential software including a LIN driver, colour mixing, math library, and IC initialisation routines are also available.

The MLX81118 is in qualification now and can be supplied with PPAP in accordance with AECQ-100. It is available in a space-saving leadless QFN32 5.0 x 5.0mm thermally enhanced package.