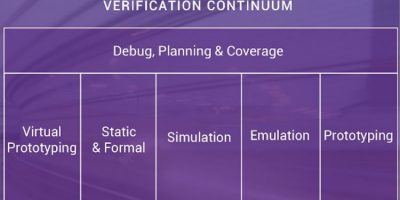 Native integration across VCS and VC Verification IP delivers a two times acceleration in simulation performance through the use of optimisations between VCS and VC VIP leveraging native UVM technology and industry-leading constraint solver technology.

To accelerated VIP, emulation and simulation, there is a unified compile of design and testbench and low latency interface supporting a seamless mix of signal-level and transaction-level communication, combined with native integration of VCS, ZeBu, and Accelerated VIP. The combination delivers 10 to 100 times acceleration in simulation acceleration compared to simulation alone, reports Synopsys.

Availability is scheduled for June 2019.