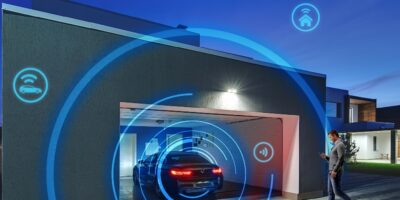 They offer seamless migration with hardware, software and tools compatibility with the previous generation of devices, KW34, KW35 and KW36. The connectivity microcontrollers allow Bluetooth LE devices to communicate at distances of more than a mile and increase the amount of Bluetooth advertising channels and advertising data within the Bluetooth standard, says NXP.

The KW39, KW38 and KW37 wireless microcontrollers are designed with automotive and industry-grade hardware and software, along with robust serial communications with CAN-FD peripherals. They are suitable for automotive applications, such as keyless entry, sensors and wireless onboard diagnostic functions. They also enable industrial applications such as building control and monitoring, fire and safety, home and institutional healthcare, asset management and monitoring.

NXP claims that the KW39, KW38 and KW37 deliver best-in-class RF performance, with extreme RX sensitivity to allow for the long range Bluetooth LE connections. They achieve -105 dBM RX sensitivity with LE-coded 125kbits per second data rate, for example, allowing for connections in harsh environments and at extended distances. The radio supports up to eight simultaneous secure connections in any master/slave combination, allowing multiple authorised users to communicate with the device. The microcontroller’s data stream buffer allows the capture of radio parameters without stalling processor or DMA operations, enabling high-accuracy measurements needed for distance and angle approximations.

The microcontrollers are supplied in a 7.0 x 7.0mm wettable flanks 48HVQFN package with up to 512kbyte flash memory with ECC and 64kbyte SRAM, allowing space for protocol stacks, application profiles and custom user firmware.