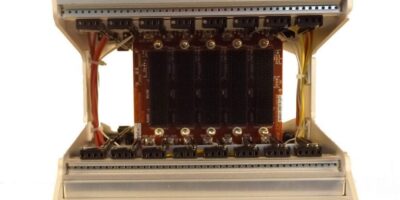 The Pixus open frame chassis now come in three main backplane types: power and ground only, centralised topology and distributed topology.  The power and ground backplanes are supplied in eight-, six-, one-slot and specialty configurations.  For routed backplanes, there are multiple topologies available where one centralised switch slot is connected with a fat pipe or double fat pipe to the other slots.  The distributed type routes multiple slot segments to each other. All three of the backplane styles have versions available in three and 6U heights.

The open frame enclosures come in a 42HP wide size that holds up to eight OpenVPX or 63HP versions supporting up to 10 slots, assuming a one-inch pitch.  The 63HP size has removable sidewalls, allowing thermal testing and easy access in the same chassis.

The Pixus designs allow a mix-and-match of 5HP wide and 4HP wide slots (or specialty board widths) as well as standard card guides or ones that support conduction-cooled boards.  If more slots or advanced cooling is required, the company also offers 19-inch rackmount/desktop configurations.

Pixus offers various power supply choices including modular versions that provide up to six OpenVPX voltages and up to 1,200W.  There are also pluggable VITA 62 power supply options.

Pixus Technologies is made up of industry experts in electronics packaging. Founded in 2009 by senior management from Kaparel Corporation, a Rittal company, Pixus Technologies’ embedded backplanes and systems are focused primarily on  ATCA, OpenVPX, MicroTCA, and custom designs.

Pixus also has an extensive offering of VME-based and cPCI-based products.  In May 2011, Pixus Technologies became the sole authorized North and South American supplier of the electronic packaging products previously offered by Kaparel Corporation and Rittal.