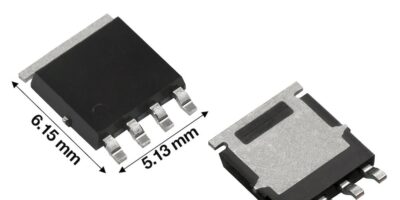 The AEC-Q101-qualified p-channel, -100V TrenchFET MOSFET increases power density and efficiency in automotive applications. The SQJ211ELP is believed to be the only such device in the compact PowerPAK SO-8L package with gullwing leads. It also features on resistance down to 30mOhm maximum or 24mOhm typical at 10V.

Compared to the closest competing p-channel devices in the DPAK and D²PAK packages, the automotive grade MOSFET delivers 26 and 46 per cent lower typical on resistance, respectively, while offering a 50 and 76 per cent smaller footprint. The SQJ211ELP’s low on resistance translates into energy savings by reducing power losses from conduction. Its superior gate charge down to 45nC at 10V reduces losses from gate driving.

The MOSFET is lead (Pb)-free, halogen-free and RoHS-compliant. It is 100 per cent Rg and UIS-tested.

Samples and production quantities of the SQJ211ELP are available now, with lead times of 14 weeks.