PCIe 4.0 SSDs are set to ‘turbocharge’ 5G and AIoT 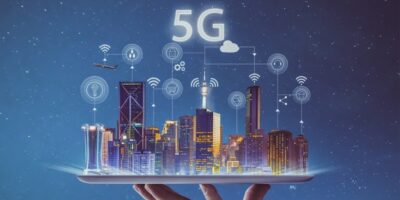 Industrial-grade PCIe 4.0 solid state devices (SSDs) have been developed by Innodisk to address the demands for more speed and capacity, required by 5G and artificial intelligence of things (AIoT). The PCIe Gen4x4 NVMe SSDs exploit the doubling of speed that PCIe 4.0 delivers compared with that of PCIe 3.0.

The industrial-grade SSDs are also able to tolerate a wide temperature range which gives them an advantage over consumer-grade devices. Innodisk believes the PCIe Gen4x4 NVMe SSDs are the first industrial-grade PCIe 4.0 SSDs built to handle all of these design challenges and operating conditions.

Industrial strength in SSDs is important for outdoor use, which is increasingly common with higher density 5G infrastructure and critical for industrial use, where temperatures are high. Typical applications include smart street lights, 5G mmWave, security inspection cameras, and 5G internet hosting.

PCIe 4.0 increases the maximum capacity to 4Tbyte, compared with PCIe Gen3, doubles the bandwidth and doubles the speed to 16 Gtransfers per seconds. It retains PCIe Gen3’s backward and forward compatibility with SATA III for storage applications.