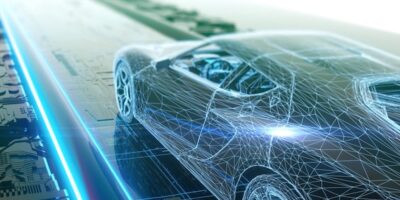 Torayfan is a lighter plastic film which is tough, with excellent mechanical and electrical properties. It is intended for industrial, packaging and capacitors applications. Torayfan is thin and maintains voltage resistance for automotive film capacitors film.

PCUs are vital to electrified vehicle powertrains, they regulate motor output, and need to be as compact as possible to boost the design flexibility of these automobiles. Polypropylene film capacitors are the largest core components of PCU inverter circuits. Inverters change direct current (DC) to alternating current (AC) and regulate the frequency. A challenge for automotive design has been to increase the thermal resistance of biaxially-oriented polypropylene films.

The advanced grade of Torayfan leverages proprietary technology to provide precise nano level control of the crystalline and amorphous structures of biaxially-oriented polypropyelene films. This improves the structure stability of films at high temperatures to deliver excellent thermal and voltage resistance, says Toray Industries. The voltage resistance is around 15 per cent greater than that of conventional counterparts at 125 degrees C, with thermal resistance increasing at least five degrees C. These characteristics contribute to downsizing the film capacitors, adds Toray.

Toray Industries specialises in technologies and advanced materials. It was founded in 1926, producing fibres and textiles, resins and films, and carbon fibre composite materials. It operates in 29 countries and regions.