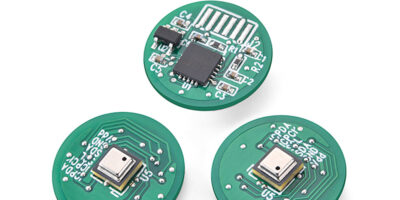 A MEMS Pirani vacuum transducer has been designed by Posifa Technologies. The PVC4000 transducer consists of a surface-mount MEMS Pirani sensor and microcontroller-based measuring electronics in a compact PCB assembly with a connector-terminated wire harness.

The PVC4000’s sensor element is based on Posifa’s second-generation MEMS thermal conduction chip, where the thermal conductivity of gas is proportional to its vacuum pressure. The transducer’s microcontroller-based measuring electronics amplify and digitise the sensor’s signal, with output via an I²C interface. The interface also allows users to store calibration data in the microcontroller, which is used by a linearisation algorithm to provide calibrated output.

To compensate for variations in thermal conductivity caused by changes in ambient temperature, the PVC4000 features a temperature compensation algorithm, which takes its input from a built-in temperature sensor. There is also a pulsed excitation scheme, in which the sensor chip is heated for about 100 milliseconds and then turned off for one second. This prevents signal drift due to self-heating/+ and also reduces the power consumption of the transducer.

The transducer combines low power consumption with extremely fast response times of less than 1.2 seconds and a wide effective range from 1 millitorr (0.13 Pa) to 1 atm (760 torr, or 101 kPa). Posifa is also able to discuss options to customise the transducer’s specifications.

Samples and production quantities of the PVC4000 are available now. Samples may be requested.

Posifa Technologies, formerly Posifa Microsystems, designs and manufactures high-performance, low-cost sensor and sensing solutions, including gas and liquid flow sensors, air velocity sensors, and vacuum sensors. The company’s products are designed to meet the needs of demanding applications in consumer electronics, HVAC, medical devices and data centres. Posifa offers direct sales and has a network of distributors in the United States, Europe, Korea, and Taiwan. The company is headquartered in San Jose, California, USA, with an office in Shenzhen, China.