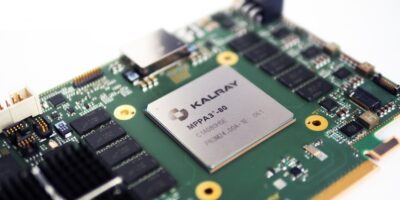 Developers will be able to access the high computing performance and low power consumption of the MPPA Coolidge’s 80 cores, on the same terms as existing multi-core processors, says eSOL.

The software has different automotive safety integrity levels (ASILs), required for functional safety standards together with single points of failure for safety and freedom from interference (FFI).

In heterogeneous hardware configurations, eMCOS RTOS supports POSIX, AutoSAR profiles and a hypervisor to deliver optimal computing performance from MPPA Coolidge, which can be used as a standalone embedded platform, or as an accelerator.

An optimised development environment and tools are available for POSIX processes targeting the MPPA Coolidge.

eSOL was founded in 1975. The Japanese company operates in the fields of embedded systems and industrial IoT, offering high-performance and scalable software platform products and services, centred on its patented RTOS technology. Its RTOS is used in most embedded application fields, including automotive systems, industrial equipment, satellites, medical and digital consumer electronics. In addition to the research and development of its own leading-edge products, and joint research with major manufacturers and universities, eSOL is actively engaged in AutoSAR and multi/many-core technology standardisation activities.