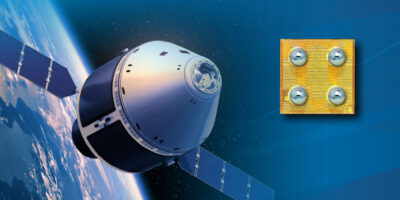 Radiation-hardened (rad-hard) enhancement-mode Gallium Nitride (eGaN) transistors and ICs from Efficient Power Conversion (EPC) have been announced. The first member of the family to be released is the EPC7014.

The EPC7014 is available for engineering sampling and will be fully qualified for volume shipments in October, 2021. The eGaN FETs are offered in a chip-scale package, which is the same as the commercial eGaN FET and IC family.  Packaged versions will be available from sister company, EPC Space.