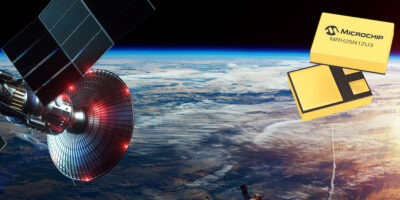 The M6 MRH25N12U3 MOSFET is designed for future satellite system designs as well as serving as an alternate source in existing systems. It can withstand total ionizing dose (TID) up to 100 and 300 krad and single event effects (SEE) with linear energy transfer (LET) up to 87MeV/mg/cm2. It provides 100 per cent wafer lot radiation hardness assurance in validation tests.