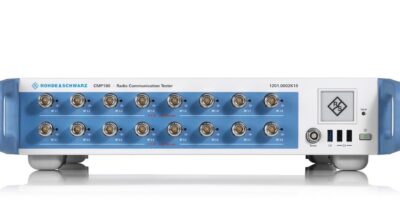 Wi-Fi 6E devices can now take advantage of the 6GHz band to the full power of Wi-Fi 6 by making use of 160MHz channels in a widely uncongested band. They are able to deliver multi-gigabit connection speed, and low latency for applications like working, schooling, gaming and streaming.

In January 2021, MediaTek announced its Wi-Fi 6E platforms for access points and client-side devices have been selected for the Wi-Fi Alliance Wi-Fi 6E Certification Program. The company offers both MT7915-AP-AX (access point) and MT7915-STA-AX (client-side) as testbed devices.

According to Dr Yenchi Lee, deputy general manager of MediaTek’s wireless communications business unit at MediaTek explained that the collaboration has enabled customers to speed up development and verification of products using the R&S CMP180 alongside devices under test (DUT) provided by MediaTek.

The Rohde & Schwarz technology group has products for test and measurement, technology systems and networks and cybersecurity. Founded more than 85 years ago, the group is headquartered in Munich, Germany.