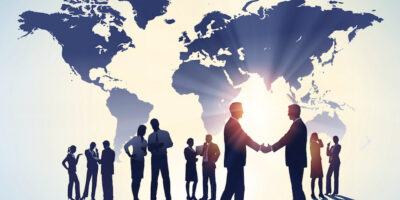 High-efficiency ceramic capacitors in the Konnekt series feature a high-density package technology that enables components to be interconnected without the use of metal frames, thus reducing ESR, ESL and thermal resistance of capacitors, says Kemet. The packages use a transient liquid phase sintering (TLPS) material to create a surface mount multi-chip capacitors which are available from Rutronik.

The C0G Konnekt capacitors, also known as KC-Link with Konnekt technology, are manufactured using base metal electrodes (BME). They have no DC bias and no piezo effect and show only minimal C-value change over temperature (+-30ppm per degree C). They are also available for temperatures up to 150 degrees C and in commercial and automotive versions. They are available in the range 14 to 880nF and in voltages from 500 to 2,000V.

The X7R Konnekt capacitors are designed for cases where higher capacitance and voltage are required. The latest generation of sizes 1812 and 2220 also feature flex termination for improved mechanical bendability and thermal cycling. As an X7R Class II component, they feature minimal capacitance change (±15 per cent) at an ambient temperature of -55 to +125 degrees C. Values range from 2.4nF up to 20 microF and voltages are possible from 25V to 3,000V. There are also commercial and automotive versions.

Most parts are available in horizontal and a vertical chip arrangement. This is the “low loss” variant because it achieves a further improvement in ESR and ESL values, which in turn makes higher ripple currents possible, says Rutronik.