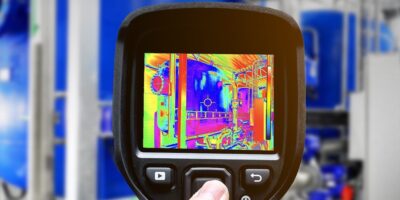 The ADC3660 family is claimed to have best-in-class dynamic range at the lowest power consumption. There are eight SAR ADCs in 14-, 16- and 18-bit resolution at sampling speeds ranging from 10 to 125Msample per second. They can be used to improve signal resolution, extend battery life and strengthen system protection, advises TI.

There is an increasing need for real-time control in industrial systems which calls for high speed data acquisition precision. In a high speed digital control loop, the ADC acts in a complex system to respond to fast changes in voltage or current to help prevent damage to critical components in power management systems. The number of data-intensive tasks in industrial systems is increasing, requiring higher precision at faster speeds to ensure the system makes quick decisions to prevent system failure.

The ADC3660 family delivers up to 80 per cent lower latency than competitive devices at similar speeds, according to TI. System designers can achieve one-clock (8nanonseconds) ADC latency with the 125Msamples per second, 14-bit, dual-channel ADC3664 SAR ADC. The family’s low latency enables high speed digital control loops in a variety of industrial systems to accurately monitor and respond to voltage and current spikes in order to increase tool precision in semiconductor manufacturing systems.

Engineers no longer have to make a trade off between noise performance and low power consumption when designing battery-operated devices that require precise data acquisition. The ADC3683 is claimed to be the industry’s fastest 18-bit ADC at 65Msamples per second and it improves noise performance in narrowband frequency applications such as portable defence radios. It offers a signal-to-noise ratio (SNR) of 84.2dB and a noise spectral density of -160dBFS/Hz while maintaining low power consumption of 94mW per channel.

Another member of the family, the 10Msamples per second, 14-bit ADC3541 consumes 36mW. It simplifies thermal management and extends battery life in power sensitive applications such as GPS receivers or handheld electronics, advises TI.

There is also the 65Msamples per second, 16-bit ADC3660 which delivers 82dBFS SNR, improving image resolution in sonar applications while consuming 65 per cent less power (71mW per channel) than the equivalent competitive device, says TI.

The ADC3660 family’s high sampling speeds and level of integration helps designers reduce the number of components in a system. For example, the ADC3683 samples four times faster than the closest competing 18-bit device at twice the channel density, explains TI. This enables oversampling, a technique that pushes harmonics further from the desired signal, allowing reduced anti-aliasing filter complexity and system component count by as much as 75 per cent.

Design complexity is also reduced by on-chip decimation options that enable designers to easily remove unwanted noise and harmonics in the system and boost SNR and spurious-free dynamic range up to 15dB. Coupled with the CMOS interface, these option enable designers to use these ADCs with Arm-based processors or DSPs instead of FPGAs, a choice which can help lower system cost.

There is also an integrated digital down converter with a complex numerically controlled oscillator to reduce the amount of processor resources required.