Sensor range supports operation in magnetic fields up to 30 T and at cryogenic temperatures down to 1.5 K 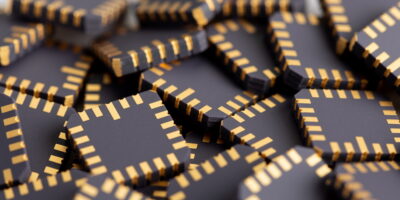 Paragraf has announced the availability of a new sensor range that supports operation in magnetic fields up to 30 T and at cryogenic temperatures down to 1.5 K. The GHS-C sensors deliver a degree of accuracy that has not previously been achievable under these conditions, according to the company, sustaining non-linearity errors of significantly less than 1% across the full measurement range.

The transformative magnetic field measurement capabilities of the GHS-C devices are due to the graphene sensor elements. Graphene’s high electron mobility directly translates into high sensitivity capability, which is maintained across the entire magnetic field range helping to make the devices easier to calibrate, says Paragraf.

The two-dimensional nature of graphene also helps the sensor to provide high-quality, repeatable and accurate data with no hysteresis and immunity to in-plane stray fields. Low power operation resulting in power dissipation is in the <nW range, compared to micro-W or mWs associated with non-graphene Hall sensors.

“Under cryogenic temperatures and in extremely high magnetic fields, the sensitivity performance of other high-end Hall sensors drops off acutely. This is due to interactions occurring between the different layers of the sensor element. It leads to linearity issues that curb their range, as well as making them incredibly difficult to calibrate. Consequently, the best achievable accuracy of these sensors becomes significantly limited above around 16 T,” states Paragraf’s CEO, Simon Thomas.

“By relying on 2D graphene sensor elements, we can circumvent this problem completely. It means there are no interactions to impinge on performance and linearity, as well as enabling symmetrical outputs, with no hysteresis, to be derived.”