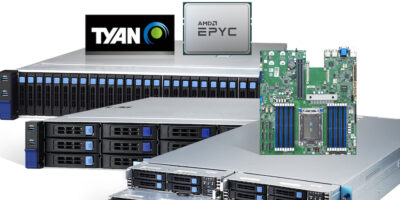 For accelerate computational workloads in high performance computing (HPC), artificial intelligence (AI) and deep learning, there is the Transport HX range. The

Transport HX TN83-B8251 is a 2U four-GPU server with two CPUs, two PCIe 4.0 x16 high-speed networking cards, and eight 3.5-inch hot-swap SATA or NVMe U.2 tool-less drive bays. The platform supports up to four double-width GPU cards that can be used to scale up the number of GPUs to improve HPC and deep learning performance, advises MiTac.