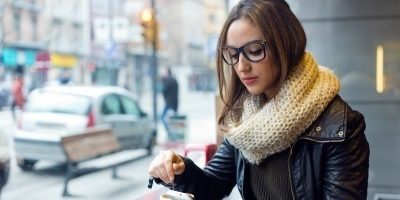 A suite of customizable architectures and devices to support 5G wireless communciations have been launched by CES 2018 by Skyworks Solutions.

Sky5 will support 5G wireless communications and enable a multitude of new and previously unimagined applications across mobile and IoT ecosystems, based on Skyworks’ technology portfolio to accelerate the deployment of 5G, including transmit and receive systems targeting the world’s most demanding wireless end markets.

According to Liam K. Griffin, president and chief executive officer of Skyworks: “5G is a macro-economic game changer that will revolutionise the global communication landscape with significantly more powerful and complex connectivity engines.”

According to a May 2017 Research and Markets report, the very first standardised deployments of the technology are expected to be commercialised as early as 2019, with the 3GPP’s standards organisation initial 5G specifications set to be implementation-ready by March 2018. Between 2019 and 2025, the 5G network infrastructure market is expected to grow at a compounded annual growth rate of nearly 70 per cent, eventually accounting for $28 billion in annual spending by the end of 2025.

5G embraces a revolutionary paradigm shift in wireless networking, says Skyworks and will support groundbreaking throughput speeds (up to 100x faster than 4G,with low latency and scalability for future use cases that require extreme bandwidth including autonomous vehicles, augmented reality and the billions of machine-to-machine and IoT connections. According to Intel, by 2020 a single autonomous car is expected to consume 4,000Gbyte of data per day in real-time diagnostics, positioning and vehicle to vehicle communications. Skyworks points out that this is equivalent to the daily data consumed by more than 2,000 smartphone users in 2017. Downloading a full-length HD movie in 3G took one day, in 4G, the same file took minutes. On a 5G network, this content will be downloaded in seconds.