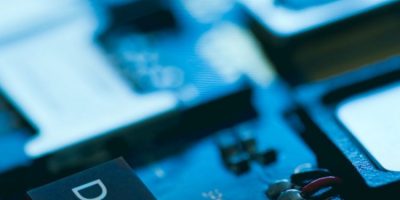 Integrating speaker protection to deliver up to 2.5 times loudness and two octaves of bass with the lowest quiescent power consumption of around 24mW, the MAX98390 5.1W dynamic speaker management (DSM) smart amplifier is announced by Maxim Integrated Products.

Micro speakers are increasing used in ever-smaller consumer devices, leading Maxim to introduce the MAX98390 for designs where speakers are required to fit within smaller form factors. These micro speakers can result in decreased loudness or sound pressure level (SPL) while the resonant frequency increases, leading to less bass. Driving the speakers harder to increase loudness and bass response can easily damage the micro speakers through overheating and over excursion, pushing a driver past its operating limits. MAX98390 solves this challenge, says Maxim, by using integrated IV (current and voltage) sense and Maxim’s DSM algorithm to drive speakers to their maximum specified limits, while protecting against over excursion and over-temperature events.

The DSM’s thermal protection allows designers to safely push speakers beyond the specified power rating and to produce their maximum loudness. DSM’s excursion protection enables designers to drive speakers to their specified excursion limits, producing sound up to two octaves below the resonant frequency limit and deeper bass compared with conventional 5V amplifiers.

To properly protect the speaker, amplifier algorithms must know the characteristics of the speaker, such as resonant frequency within its enclosure, excursion limit and voice coil thermal limit. Traditionally, designers had to characterise speakers and enclosures. As most projects start prototyping with multiple speakers, it can demand several weeks of supplier support or requires special equipment and expertise. The MAX98390 significantly reduces the design time through the DSM Sound Studio graphic user interface (GUI) that allows developers to quickly characterise many speakers. The result, says Maxim, is maximum loudness across the significantly extended frequency ranges in minutes, with no complex programming required.

The MAX98390 offers industry-leading peak efficiency at 86 per cent, which is further improved with DSM’s perceptual power reduction (PPR) feature that can yield up to an additional 25 per cent efficiency, and the lowest quiescent power consumption of around 24mW, says Maxim, to extend the battery life for low power devices.