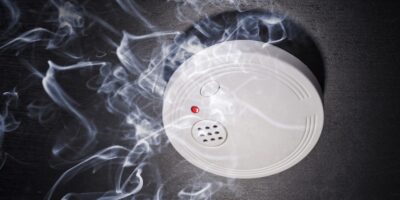 Underwriters Laboratories (UL), the author of the U.S. and Canada smoke detection standards, has released a revised specification (8th edition). These new standards are significantly more technically challenging to meet than the current regulations.

New Smoke Detector Tests
One major change to the standards is the introduction of the hamburger nuisance test. In this test, hamburgers are placed in an oven set at a high enough level to eventually burn, and the detectors must not issue an alarm before a certain amount of smoke has been generated. This requirement to not alarm will bound the maximum sensitivity of a detection system. This test is designed to reduce the number of false alarms generated due to cooking events, as residents disconnecting alarms due to high false alarm rates is one of the leading cases of death in fire-related events.

Another addition to the standard is the flaming polyurethane (PU) test, also known as the burning couch cushion test. Due to the optical scattering cross-sections and physics of different smoke types, sensor response from flaming PU is lower than the response from other smokes at a similar obscuration. As such, the ability to detect flaming PU smoke at specified levels will bound the minimum sensitivity of most, if not all, optical detection systems. In practice, the sensor response to the flaming polyurethane smoke can be difficult to separate from the hamburger nuisance test. In the past, setting the pass/fail criteria for a detector was straightforward, at least to minimally meet agency requirements. For the upcoming requirements, the manufacturing and calibration margins are much tighter and may require an increase in algorithmic complexity. The flaming polyurethane and hamburger nuisance tests occur on different time scales and it is straightforward to create a simple algorithm that looks at the slope or rate of change of the smoke to distinguish between the two fires to pass the UL requirements. However, there is a question of how effective this algorithm is in real-world applications.
In fire room tests, the pass criteria are specified in either time passed since the test was initiated or at a defined obscuration level. A typical obscuration sensor is shown in Figure 1, with a light on one end and the photodetector on the other end. For UL tests, the beam is a sodium vapor lamp 4″ diameter and 5′ long. Particles in the path of the beam absorb or scatter light out of the beam path, reducing the amount of light that reaches the detector. For different types of smoke, the relationships between an optical scattering system and an obscuration are different. In the case of the hamburger nuisance test and flaming polyurethane test, a 3× difference in obscuration can be nearly impossible to differentiate in an optical scattering system.

A Typical Smoke Detector
A typical smoke detector is made up of a detector, a microcontroller with an algorithm, and additional components such as loudspeakers, LED indicators, and CO sensors. Photoelectric smoke alarms often use a discrete LED (typically near-infrared, 850 nm or 880 nm) and a discrete photodiode with a typical 135° angle between them and a separation of several cm.

Figure 1. Reference measurement.
LED light of a specific wavelength is scattered by particles onto a photodiode. As shown in Figure 2, the distance between the LED and the photodiode is usually a few centimeters.

Figure 2. Forward scatter system with an infrared LED.
However, both the discrete design of the smoke alarm and the measurement method result in a few disadvantages. The main one is that monochromatic LEDs lead to a higher false alarm rate because they make it harder for different particles to be distinguished from one another. In addition, a discrete implementation is large and associated with a higher power consumption. Laborious calibrations are also necessary. The technology for the optical components has advanced to the point that the LEDs and the photodiodes, along with the optical front end, can be integrated into a small housing.

Addressing the New Challenge
ADI has created a technology to help address these issues: the ADPD188BI. It directly integrates two LEDs (blue and infrared), a photodiode, and an analog front end. Digital output over I²C or SPI enables a connection to a microcontroller. A block diagram of the ADPD188BI is shown in Figure 3. As can be seen in the figure, the complete signal chain is realized in a single 5 mm × 3.8 mm chip. 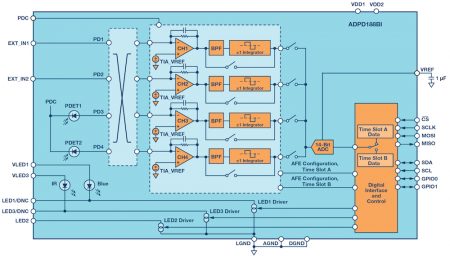 Figure 3. Block diagram of the ADPD188BI.
The ADPD188BI works by emitting a short LED pulse of a few microseconds. Some of this light is scattered by the smoke particles back onto the photodiodes (see the cross-section of the ADPD188BI in Figure 4). The analog front end (AFE) includes the transimpedance amplifier, band-pass filter, integrator, ADC, LED drivers, and digital control (see the middle of Figure 3). There are many options inside the AFE to enable optimization for different applications and use cases. The AFE also provides the ability to reject ambient light, such as from lamps or solar radiation at levels up to 80 dB. 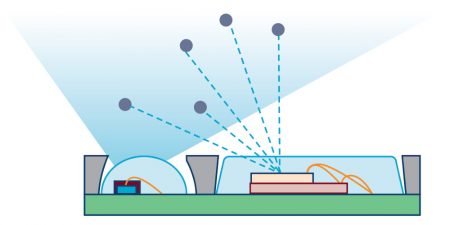 Figure 4. Cross-section of the ADPD188BI.
This principle provides many significant advantages. The short distance between the LED and PD results in much more efficient use of light, which reduces the power dissipation of the system for a required sensitivity and results in a longer battery lifetime. Two different LED colors are included in the device. The amount of light scattered by the particles is a function of wavelength. This provides limited use for separating the hamburger and flaming polyurethane smokes, but can be used to distinguish between relatively small smoke particles (100 nm to 300 nm diameter) and much larger smoldering plastic or steam particles (10 μm diameter). The highly configurable AFE inside the ADPD188BI provides for a very high dynamic range that is software configurable and can be adjusted on the fly. The SNR of the system can also be easily adjusted to optimize for power or performance on the fly. One example would be to dynamically increase the sample rate or SNR when smoke has been detected to more accurately differentiate between a nuisance source or a real fire. The integration of the system also enables Analog Devices to calibrate the loop response (LED driver  LED  PD  AFE) of the parts and burn calibration coefficients into the AFE to limit the part-to-part variation to better than ±10%, which reduces or eliminates the need for expensive and time-consuming sensitivity calibrations in smoke tunnels. The ADPD188BI provides the features and capabilities to increase the performance of smoke detectors to more accurately separate nuisance sources from fire events. As well as performance, there are further advantages: the integration of LEDs means separate LED sourcing and stocking is eliminated, and the small form factor allows for integrated smoke detection across intelligent building components.
About the Author
Christoph Kämmerer has worked at Analog Devices in Germany since February 2015. He graduated in 2014 from the Friedrich Alexander University in Erlangen with a master’s in physics. He then worked as an intern in process development at Analog Devices in Limerick. Having completed the trainee program in December 2016, he now works as a field applications engineer at Analog Devices and specializes in emerging applications. He can be reached at christoph.kaemmerer@analog.com.