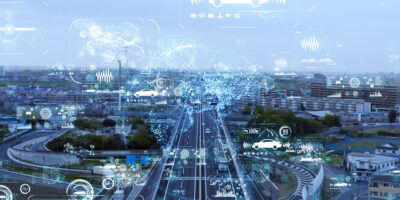 New tests and line-number accurate diagnostic reporting, together with enhanced floating-point checks to confirm arithmetic accuracy are in the latest update of the SuperTest Vermeer Release test and validation suite. Update #3 supports widespread adoption of the C++ programming language in safety critical applications with comprehensive C++20 language coverage. It also includes over 800 tests designed to verify the correct implementation of C++ language constructs. There are 1700 new tests for C++ library functions to make sure they work as intended in all use cases.

The ability of C++ to meet the security, functional safety, and behavioural requirements of ISO 26262 has led to increased adoption of C++ in the automotive industry. Many of the latest image processing, signal processing and machine learning algorithms used in advanced driver assistance systems (ADAS) are now written in C++, said Solid Sands. SuperTest now comprehensively supports the test and validation of C++20 compilers enabling developers to keep abreast of the latest developments in C++ programming.

“Vehicle manufacturers are moving from single-core embedded processors to high-performance multi-core processor solutions, for which C++ has a distinct advantage over C in terms of structuring large software projects,” explained Marcel Beemster, chief technology officer at Solid Sands. The AutoSAR Adaptive Platform now includes programming guidelines for C++ and developers wanting to use the latest features in C++ can now verify that their compiler implements them correctly, Beemster added.

For diagnostic tests that are specifically designed to generate a compiler error, SuperTest’s C++ support includes line-number accurate error reporting so that developers can identify the precise language construct that generates the error.

The update also features improved floating point accuracy checking, with the default accuracy limit on arithmetic operations now universally set at four ULP (units in the last place, which is the smallest interval between two subsequent floating point numbers). This limit can be changed by the user, if required. For non-library arithmetic it can be set to zero to check rounding accuracy. There are also enhancements to SuperTest’s arithmetic function testing, including improvements to its powerful arithmetic depth suite that now supports target platforms that do not support floating point arithmetic.

The section traceability report details how each individual test matches the language standard and has been extended to cover all versions of C, including C18, and C++ up to C++17.