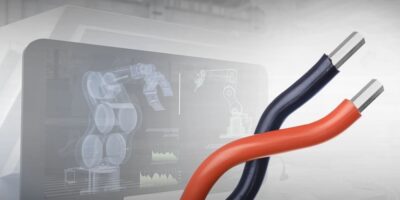 Able to transmit 10Mbits per second signals up to a distance of 1.7km, Texas Instruments claims that its DP83TD510E 10BASE-T1L PHY is industry-leading in terms of range.

As they grow, factory and building automation systems need to transmit more data to and from nodes at the network edge. The ability to directly access edge-node applications can improve control and status monitoring while also streamlining data sharing between networked systems, explains Texas Instruments.

The typical methodology to bring connectivity to edge nodes is a fragmented system of multiple fieldbus protocols supported by protocol conversion through network gateways to bring connectivity to edge nodes. However, unifying networks through protocol conversion increases complexity and cost and limits the ability to remotely monitor edge-node applications.

The DP83TD510E helps designers implement a single communications network, from controller to edge node, which is capable of transmitting full-duplex data over a single pair of twisted wires. By eliminating the need for additional protocols, gateways and cables for higher bandwidth communications, designers can simplify network management, improve system control and interoperability in long distance applications, such as HVAC valve and actuator control, field transmitters and fire alarm control panels.

When upgrading to single pair Ethernet from two-wire fieldbus technologies, such as 4mA to 20mA current loops, designers can streamline network design and reduce installation costs by reusing the existing two-wire fieldbus infrastructure for data and power transmission.

The DP83TD510E is designed for use in intrinsically safe Ethernet advanced physical layer (APL) systems. Ethernet-APL is an Ethernet specification based on the IEEE 802.3.cg 10BASE-T1L standard.