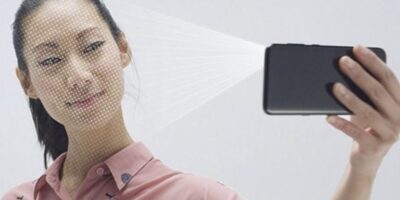 Manufacturers of consumer, computing and industrial products will be able to implement face recognition and other 3D sensing applications more easily and at lower cost, says ams, using the Active Stereo Vision system.

The Active Stereo Vision system combines new projectors, cameras and
software. It has been developed to boost the adoption of 3D in smart phones, home and building automation (HABA) and the IoT.

3D depth maps are generated using the ASV technique, using twin infra red cameras that sense the target using the illumination from miniature laser projectors. The system includes the ams Belago, a vertical-cavity surface-emitting laser (VCSEL) illuminator which projects a semi-random, high-density dot-pattern on the target. There is also the ams PMSILPlus (VCSEL) flood projector, which features an enhanced wafer-level optical diffuser for uniform irradiance over the target plane, together with dual infra red cameras and ams software for generating a depth map image from the reflections captured by the cameras. There is also ams system calibration software and ams face-recognition software.

The components are used to produce a depth map of an object, such as a face, with high accuracy and precision, says ams. Compared to structured light solutions, it is more cost effective without compromising on depth map quality and resolution and supports easier assembly processes, continues the company.

The launch version of the ams ASV reference design is based on the Qualcomm Snapdragon platform, optimised for mobile phones. Improvements to the Belago illumination module enable it to produce a randomised high-contrast dot pattern with full focus over the entire range that can be reliably captured by the infra red cameras. By integrating optical components at wafer level, ams has miniaturised the design while maintaining high optical quality. The Belago device, supplied in a 4.2mm x 3.6mm x 3.3mm package, can be integrated into space-constrained designs.

Both the Belago and PMSILPlus emitters incorporate an eye-safety interlock to shut down the device in the event of lens crack or lens detachment.