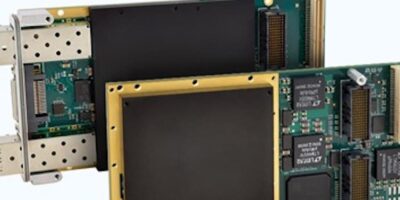 The modules can be used in a range of applications such as hardware simulation, communications, signal intelligence, adaptive filtering and image processing. High-speed interfaces are provided for PCIe, 10GbE, LVDS, serial and other I/O signals.

The XMC-7AWP module features a user-configurable Artix-7 FPGA with 200k logic cells. The rear I/O provides an eight-lane high-speed serial interface on the P16 XMC port, with support for 34 single-ended SelectIO or 17 LVDS channels. The P4 port adds another 60 SelectIO or 30 LVDS and global clock lines.

The custom off the shelf (COTS) modules can be used for algorithmic acceleration, protocol conversion, simulation, hardware in the loop (HIL) test, motor control  and image analysis, as well as sensor fusion applications. The versatile XMC mezzanine cards plug into host single board computers (SBCs) or non-intelligent carrier cards for use in PCIe servers, VPX or CompactPCI Serial chassis, and small form factor embedded computers.

The air-cooled cards operate across a wide ambient temperature range. Conduction-cooled systems can also be accommodated.