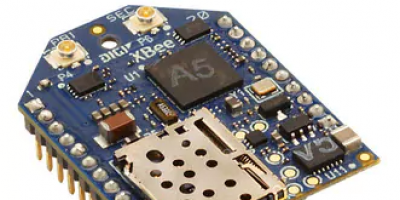 The Apple Watch Series 3 has built-in cellular capabilities which allow it to make calls and access the Internet without a smartphone nearby. Now some are of the opinion that this could potentially be the way that things are going to progress, as we move towards the era of 5G cellular communication.

The benefits of cellular networking are undeniable – with the prospect of a larger proportion of wearables no longer being reliant on smartphones. The only question is, will all this be worth the cost and the power consumption that come with adding a cellular connection?

Connectivity is essential to wearable functionality, but today’s wearables utilise Bluetooth or Wi-Fi tethering to a smartphone in order to connect to the cloud.  With smartphone handsets getting bigger and bulkier, this model may not be sustainable. No one wants to lug their smartphone with them when going out on a run. Even a quick jaunt to the local cafe or grocery shop can feel cumbersome if you are forced to carry around a chunky phablet. Furthermore, smartphone battery life drain is a common complaint about smart watches, as Bluetooth-tethered wearables also tend to drain the batteries of their host devices.

Cellular connectivity solves all these issues. With built-in cellular connectivity, wearables can function as independent devices which have full functionality even when used without a smartphone nearby. Unlike Bluetooth or Wi-Fi, cellular-connected wearables won’t depend on a host system or a router to connect to the Internet.  Just like a smartphone, they would connect with the nearest base station automatically. There are thus no fumbling with hotspots or complicated Bluetooth pairing processes to worry about – it is a simple ‘plug-and-play’ arrangement.

For all its advantages, there are several challenges to implementing cellular connectivity in wearables. LTE connectivity is a battery hog. Cellular radios are one of the major power drains in a smartphone, and putting one in a wearable certainly does not change that. This in fact becomes even more of an issue because wearables often have very small battery reserves.

LTE connectivity is not free – either for users or OEMs. LTE modems are more expensive and complex than Bluetooth radios, and each connected wearable needs a cellular network subscription. This is opposed to Bluetooth and Wi-Fi connections which, while bothersome to use, don’t cost the user monthly fees.

Finally, while all wearables could benefit from cellular connectivity, not every wearable needs smartphone-level LTE connections. There simply is not a need for 4G speeds on a device with a screen that is a mere 2 inches across, or for wearables without any screen at all.

A lot of the issues with cellular connectivity for wearables are now being addressed through new categories of LTE. While most of us are familiar with the LTE in our smartphones, LTE actually comes in various categories, which classify different speeds, hardware and even protocols. A smart watch may not need the same level of LTE as your smartphone, but these new categories of LTE may be just the ticket.

LTE categories let the base station know the performance and capabilities of the device it is connected to in order to communicate with it properly. The higher the category, the greater the performance, but also the greater the power consumption and processing power needed. Cellular communication used in smartphones is generally category 8 or higher, allowing for up to 3.0Gbps downlink and 1.5Gbps uplink speeds. While great for watching movies and sharing hotspots, these higher categories require more antennas, more power, more expensive hardware and are completely unnecessary for most wearables. Recognizing that LTE has many benefits for IoT/wearable devices but that these items don’t need that much bandwidth, the 3GPP created new, lower speed categories specifically designed for IoT applications.

LTE Category 1 (or LTE Cat 1 for short), is the highest category of LTE which is aimed at the IoT/wearable market. It retains some of the capabilities of higher performance LTE categories, but has optimisations which improve battery life and reduce costs.

Performance reaches a maximum of 10Mbps downlink and 5Mbps uplink. While this is far below the hundreds or even thousands of Megabits possible with smartphone LTE, it still is enough bandwidth to allow for voice-over-LTE (VoLTE) or even video streaming. This makes it a good connectivity option for higher bandwidth wearables, such as smart watches or body-mounted cameras. Latency is very low at 10-15ms, allowing for real-time telematics and sensor readings.

Just like higher categories of LTE, LTE Cat 1 features network handover, making it highly suited for wearables. As an LTE Cat 1 device moves from one base station to another, the connection is handed over without being dropped. While LTE Cat 1 features strong performance and mobile capabilities, it also lowers power consumption. Its focus on adequate performance and its extended sleep and idle modes allow it to use much less energy than higher categories of LTE.

LTE-M is a relatively new LTE category introduced in Release 13 of the 3GPP LTE standard, which is currently experiencing strong adoption by network providers. While LTE Cat 1 is a stepping stone between smartphone cellular connections and the IoT, LTE-M is tailor-made for applications like wearables.

Rather than focusing on streaming data, LTE-M is optimised for transmitting intermittent state data that characterises wearable and IoT sensor communication. It introduces new power saving and deep sleep modes, which greatly reduce power consumption beyond that of Cat 1. LTE-M is specified to provide up to 1Mbps of uplink and downlink speeds at full-duplex, but power-optimised LTE-M devices will often be running half-duplex, which offers up to 375kbps uplink and downlink speeds. While video streaming is not possible, this level of throughput can support VoLTE voice calls.

With a narrow bandwidth of just 1.4MHz, LTE-M has very good coverage (>156dB MCL). Along with variable data rates, this allows it to provide extensive networking range. Besides going over long distances, LTE-M also has very good indoor signal penetration, allowing it to be used in urban environments.

LTE for Wearables
Even a year or two ago, it was far-fetched for most of us to imagine having an independent cellular connection in our smart watch, but the introduction of the Apple Watch 3 has shown that it is possible today – thereby enabling independence from our ever bulkier smartphones. With the introduction of new categories of LTE designed for lower power consumption and hardware costs, cellular connectivity is looking even more attractive. This is a trend that seems likely to continue when 5G finally arrives.