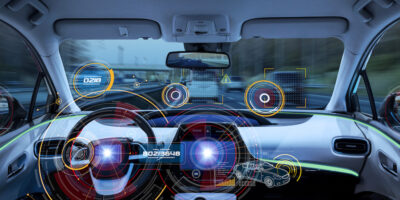 The Imagination Developer Portal has been updated to make accessing the full PowerVR tools suite easier and has been designed specifically to support Imagination’s developer community. It contains new dedicated training materials, showcasing the versatility and features of the SDK.

More than a third of all of the mobile handsets sold worldwide today have Imagination’s graphics processing unit (GPU) IP, says the company. It is also present in digital TV and desktops, with a large ecosystem of developers.

“The PowerVR Toolkit has always provided a robust and well-featured set of tools to allow developers to take full advantage of our IP innovations. Version 21.1 . . . . will provide the tools and support needed as we move into a new generation of ray traced graphics on mobile platforms,” commented Chris Smith, Imagination Technolgies’ vice president of software engineering.

The PowerVR SDK is designed to support graphics and GPU compute application development. It now includes four code examples of ray tracing implementation. There is also a comprehensive example of how to efficiently deploy different ray tracing set-ups into projects and applications in development. Examples range from the basic ray tracing algorithm through to hybrid reflections and shadows.

A further enhancement is PVRTune, the hardware profiling and analysis tool. It provides hardware data and performance statistics as an application runs, allowing developers to quickly identify performance issues.

A new feature in Version 21.1 is Guided Analysis which streamlines the profiling process and provides advice on potential bottlenecks or areas of slowdown. This is based on the data captured by PVRTune and can significantly reduce the time needed to carry out performance optimisations, said Imagination Technologies.

Other new features include an ability to include the mean, variance, and standard deviation of each counter to the CSV export and the much-requested WASD controls.

PVRTexTool is Imagination’s texture encoding and pre-processing tool, designed to make it easy for developers to optimise application textures. In the latest version, HDR texture information can now be encoded in the PVR Texture Compression (PVRTC) format. PVRTC-HDR allows for higher fidelity textures without compromising on texture streaming bandwidth.

The IBL Environment Map option allows users to generate diffuse and specular maps for image-based lighting. These map options are also available through the PVRTexLib library.