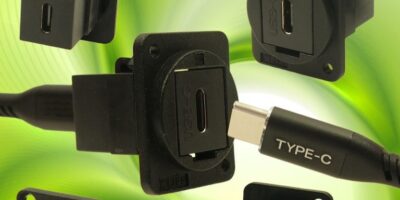 Cliff Electronics has added a FeedThrough version of the industry-standard USB-C connector which can carry data and power on a single cable to its portfolio. The Cliff USB-C connector has no up or down orientation and the connector cannot be mis-inserted.

Able to connect to, and power devices including a native DisplayPort, MHL, or HDMI device, the 24-pin USB connector system has a double-sided rotationally symmetrical design. Connection to both sides of the connector is made using off-the-shelf, standard USB-C male leads.

In common with the rest of Cliff’s range of FeedThrough connectors, the new USB-C version may be mounted into an industry standard XLR connector panel cut out, helping to simplify system design and improve product aesthetics.

The USB-C connector can also be fitted to Cliff’s purpose built 19in rack panels providing systems integrators with fast and convenient system assembly.

Cliff’s XLR format FeedThrough connectors take advantage of the standard 24mm panel cut out widely used in audio and broadcast systems and which is finding increasing popularity in instrumentation, medical and industrial applications owing to the format’s flexibility, security and reliability, says the company.

The new Cliff USB-C connecter can be mounted to the front or rear of control panels and supplied with plain or countersunk mounting holes.

“USB-C has been widely adopted as the standard connector for supplying data and power between devices and systems,” says Dan Walker, general sales manager, Cliff Electronics. “With our new FeedThrough version, all users have to do is line up the connector properly to make the connection, it never needs to be rotated for correct operation – the ‘right way’ is always up.” 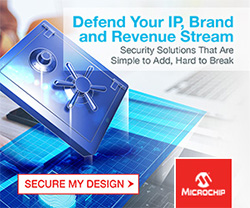