Video systems are customisable and scalable for enterprise 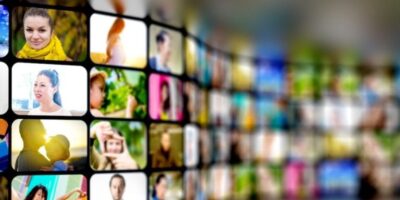 Independent video, audio, and USB routing for Enterprise AV over IP is provided by Key Digital with the KD-IP1022 system.

The KD-IP1022ENC encoder and KD-IP1022DEC decoder offer independent switching of video, audio and USB, all of which can be freely routed for multi-layered systems. The KD-IP1022 system requires just one encoder per video source and one decoder per video display, to build customisable and scalable video over IP solutions regardless of distribution, switching, matrixing needs, or video wall building capabilities, says the company.

The KD-IP1022 supports full independent audio, video, and USB routing. For example, the six-pin phoenix connector on the decoder provides pre-amp DSP features like volume control, muting control and delay up to 150 milliseconds. “This really creates a full audio breakaway matrixing system separate from the HDMI video and the USB. It’s perfect for integrating with an amplifier in the zone or in the rack,”

The independent USB routing makes the KD-IP1022 systems particularly suitable for many operations centre and command and control applications with USB KVM type feature-set and requirements. Operators can view and listen to any connected source and route keyboard and mouse plug-ins into PCs, Macs, NUCs (Intel’s Next Units of Computing kits), and network video recorders (NVRs) to manipulate data or control those devices.

Independent audio matrixing allows Key Digital to offer a full networked audio system within its own Enterprise AV over IP ecosystem. Audio sources may plug-in on the KD-IP1022 encoder’s HDMI input or analogue audio input to then be routed to any HDMI and analogue audio output on the decoder. Pre-amp functionality including volume, delay, and bass, mid or treble control make the audio feed suitable for feeding directly into amplifiers or audio DSPs.

When integrated with a compatible power over Ethernet (PoE) network switch, the KD-IP1022 does not require a power supply. With redundant power connection the system has added reliability for non-PoE integration using the included power supply.