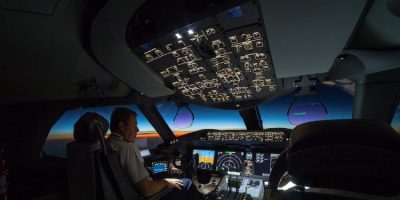 The open architecture design provides the flexibility for future growth allowing the easy insertion of both commercial and military innovations in a cost-effective way. Standardising on a single platform solves hard challenges such as affordability, safety certification program risk, legacy software integration, and standards conformance.

Avionics developers are creating prototypes for urban air mobility options, such as air taxis or commercial supersonic aircraft, sharing the airspace with drones, commercial aircraft and helicopters and autonomous swarm technologies, such as manned-unmanned teaming, and systems for future vertical lift.

Collins Aerospace leverages Wind River Helix Virtualisation Platform to enable future applications. Rather than relying on proprietary single-function devices, Helix Platform uses multi-OS virtualisation to enable integration of mixed-criticality applications onto a single compute software platform, simplifying, securing, and future-proofing designs. Applications can be legacy or new capability, based on industry standards such as ARINC 653, POSIX, or FACE, and based on operating systems such as Linux, VxWorks and containers, ready for the system to adapt as the market evolves and needs change.

The challenge is designing systems that remain relevant as technology progresses and market needs shift. The main objectives are to write once and reuse many times, upgrade without entirely redesigning the system, and prepare for the future, even though it is not clear what it will look like. This can mean coupling innovation with safety to meet different levels of certification and criticality around the world. This is crucial when looking at the global program, with all its upgrades and retrofits. To sell the same system into several markets and geographies usually requires some adjustments. Using mixed-criticality applications without redesigning the entire system and breaking previously-obtained safety certifications is paramount.