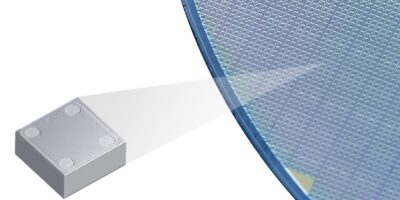 Precision resonators have been added to the SiTime product portfolio, ensuring that the company can offer MEMS resonators, oscillators and clocks to cover the entire timing market. The entry to the precision resonator market is made with the ApexMEMS family of MHz resonators.

The devices are the third generation of SiTime silicon MEMS technology and are available in a variety of MHz frequencies for high volume electronics. They are intended for mobile and IoT applications such as Bluetooth hearable and wearable devices, high-speed connectivity interfaces, asset tracking, as well as microcontrollers. They offer 85 per cent space savings as well as high levels of integration, consistent performance, resilience and reliability, says SiTime.

“ApexMEMS resonators were developed to deliver breakthrough system performance and integration as shown by their usage in the SiT9501 oscillator and the Cascade ClockSoC,” said Rajesh Vashist, CEO of SiTime.

“The SiT9501 is a game-changer for the 100 to 800G optical module market as it delivers the highest performance at the lowest power in the smallest package,” he continued.

The company’s understanding of the resonator, analogue, materials, and thermal challenges enables SiTime to solve difficult system problems. The ApexMEMS resonators are available for integration or as standalone devices.

“With ApexMEMS, SiTime is the only company to offer MEMS resonators, oscillators, and clocks for the $8 billion timing market,” added Vashist.

Industry analysts and SiTime estimate that, by 2024, 25 to 30 billion precision resonators will be sold, driven by the growth of connectivity in mobile IoT, industrial IoT, automotive and industrial electronics.

It is expected that up to 30 per cent of these resonators will need to be very small, offer higher performance, and be easily integrated into system-in-packages and modules, says SiTime, introducing the ApexMEMS resonators.

They are available as silicon die, for integration into standard IC packages and modules. Co-packaging these resonators with high performance semiconductors such as Bluetooth chips and microcontrollers gives customers a significant system and development advantage, advises SiTime.

An integrated ApexMEMs system solves the challenge of choosing a quartz resonator, matching the oscillator circuit in the presence of unknown board parasitics. Without proper matching, performance may be suboptimal, and device start up at cold temperatures may be impacted. This situation gets even more complicated due to performance variations that are inherent in quartz resonators, warns SiTime. Using integrated ApexMEMS resolves this while reducing development time, simplifying manufacturing and boosting system performance, reliability and resilience.

ApexMEMS-based timing solutions deliver up to seven times better phase noise performance at half the power than SiTime’s previous generation.

Measuring just 0.42 x 0.42mm, the ApexMEMS resonators are 85 per cent smaller than a typical quartz resonator, says SiTime and also integrate the load capacitors. They provide stability up to ±20 ppm while delivering superior reliability and best-in-class environmental resilience. Operating temperature is up to 125 degrees C, particularly beneficial when the resonators are integrated inside plastic packages.