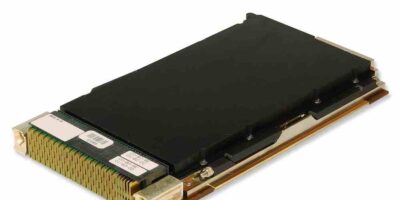 To support organisations committed to the Sensor Open Systems Architecture (SOSA), Abaco Systems announced that its SBC3511 3U VPX single board computers (SBC) is SOSA-aligned and in production. It means that users can align with defence standards while improving lifecycle and supportability, lower the total cost of ownership and reducing risk, says the company.

The SOSA-aligned, rugged 3U VPX SBC3511 SBC us an important milestone, according to Peter Thompson, vice president, product management at Abaco Systems. “Many manufacturers are talking about SOSA alignment – but few, if any, are actually shipping product. We believe the many organisations committed to SOSA will very much welcome this news, as it allows them to move forward with real, deployable hardware.”

The SBC3511 is based around the integrated Intel Xeon E-2276ME six-core/12-thread processor (also known as Coffee Lake Refresh) which operates at 2.8GHz with TurboBoost up to 4.5GHz. It is supported by a Xilinx Ultrascale+ FPGA which acts as the boards security hub, capable of hosting Abaco, third party or customer IP.

The SBC3511’s intelligent platform management interface (IPMI) subsystem has been upgraded to allow operation from 3.3V aux power only, further enhancing its alignment with the SOSA standard.

The SBC3511 can also be supported with one or more elements of the Abaco software suite, including power-on built in test (PBIT) for early monitoring and reporting, continuous initiated built in test (CIBIT) for non-intrusive ongoing and on-demand monitoring and reporting. There is also Health Toolkit, which acts as a system monitor to collect and report the health of all elements in the system, via the VITA46.11 tier 1 and tier 2 interface over IPMI. All are fully compatible with the most frequently deployed operating systems and applications for defence and industry.