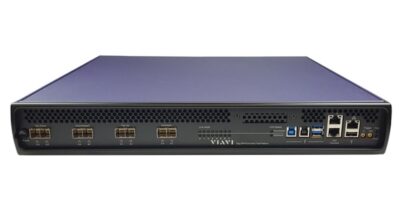 Able to support link speeds up to 32Gtransfers per second, the Xgig 5P8 connects with other analysers for multi-protocol functionality and is claimed to be the industry’s first eight-lane version for PCIe 5.0.

It allows equipment manufacturers to ensure performance in accordance with the latest revision of the ubiquitous serial computer expansion bus standard, says Viavi.

The PCIe 5.0 standard doubles data capacity over a PCIe link to 32Gbits per second, per unidirectional channel, or greater than 1Tbit per second across the common 16-lane bi-directional slot interface. It has been developed to meet the performance demands of emerging bandwidth- and compute-intensive applications such as 400Gigabit Ethernet, IoT, hyperscale and artificial intelligence (AI).

Component manufacturers need test platforms that will validate performance according to the standard, while maintaining familiar user interfaces and management environments.